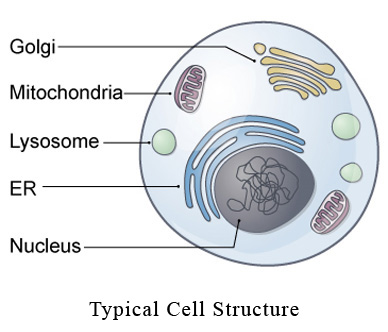 Carnitine (L-cartinine) is an amino acid (protein building block) that the body uses to turn fat into energy. Specifically, carnitine is required for transporting long chain fatty acids and their derivatives into the mitochondria of cells. Mitochondria are the tiny little powerhouses present in each cell that convert fatty acids into the ultimate chemical energy source of the body, known as ATP. Mitochondria are abundant in the cells of all organs that have a large energy requirement, including semen and the heart, testicle, kidney, skeletal muscle and liver. Carnitine is not normally considered an essential nutrient except in very young animals, because the body can manufacture all it needs in the body from lysine, methionine, and vitamins C, B1, and B6. Any animal on a poor quality low protein diet (such as a vegan canine diet) or with poor digestion could become deficient. Dogs under severe stress or with chronic disease or with severe burns require higher protein levels so might benefit from supplementation. The use of supplements with D-carnitine can also lead to a deficiency of L-carnitine. However, it may be useful as a supplement to aid weight control and in animals with heart disease and circulatory conditions.

Why recommend administration of carnitine to my pet?

The main indication for carnitine supplementation is for the pet with heart disease, specifically dilated cardiomyopathy in dogs. Carnitine appears to help the heart muscle, which requires a lot of energy, to function better. There is no reason to suspect that it may not prove useful in the management of other small animal cardiac disorders, given its wide use in humans.

Another cell that has high energy requirements is sperm. Mitochondria are the engines that make sperm swim, and carnitine supplementation has been shown to improve sperm motility and numbers in infertile men. 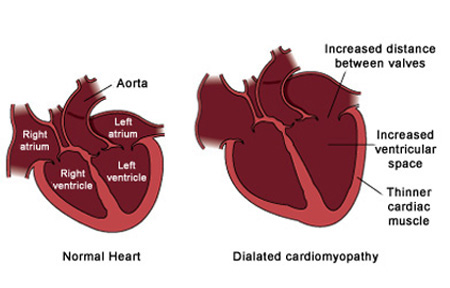 Because carnitine facilitates metabolism of fatty acids and their derivatives, it has shown promise in the treatment of ketoacidosis (a serious metabolic consequence of uncontrolled diabetes) and hyperlipidemia (too much fat in the bloodstream). It also appears beneficial in the management of both obesity and fatty liver syndrome in cats. Simultaneous choline administration is required for the uptake of carnitine into liver cells.

One other chemical in the human body derived from carnitine is L-acetylcarnitine, a neurotransmitter (a chemical that helps nerve impulse transmission) in the brain. Significant improvement has been noted in humans with memory loss and with Down’s syndrome when carnitine was supplied as a supplement. It may likewise prove beneficial in the treatment of cognitive dysfunction (senility) in small animals.

A condition like chronic fatigue syndrome in people has been recently thought to exist in dogs, causing severe fatigue, muscle pain and depression. Carnitine can help people with the condition and may help dogs suffering from this condition.

How much experience is there with the use of carnitine in pets?

What species of animals are being treated regularly with carnitine?

Carnitine should be considered for obesity, cardiomyopathy, hyperlipidemia, diabetic ketoacidosis and senility which are conditions found in both dogs and cats. It appears to be effective in fatty liver syndrome in cats when administered with choline. Pets that are taking anticonvulsants, particularly phenytoin or phenobarbitone, may also need extra carnitine, especially those with concurrent heart disease.

How much research has been conducted on this supplement?

Carnitine is one of our better-researched supplements and appears to be of benefit in dogs with dilated cardiomyopathy and cats with obesity, ketosis, and fatty liver syndrome.

How successful is carnitine?

For some dogs with true carnitine deficiency, supplementation can be life-saving. For most pets with heart disease, hyperlipidemia, fatty liver syndrome, and ketoacidosis or old-age senility, carnitine supplementation will need to be integrated by our vets with other nutraceuticals to create an integrated nutrition program. 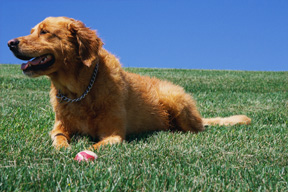 How safe is carnitine?

L-carnitine is very safe, simply because it is already a crucial constituent of almost every cell in our bodies. It is consumed whenever meat and dairy products are eaten. People are advised not to use other forms of carnitine, particularly D-carnitine and DL-carnitine, which are found in many over the counter nutritional products and supplements. They are associated with adverse effects ands so should be avoided.

Side effects observed in some people include gastrointestinal symptoms such as vomiting, diarrhea and cramps. These might occur in sensitive animals too.

The maximum safe dosages for young children, pregnant or nursing women, or those with severe liver or kidney disease have not been established. High doses may cause diarrhea and heartburn in humans.

Those animals with allergies to proteins could potentially be at risk of adverse reactions to carnitine.

Where do I obtain carnitine and do I need a prescription?

You do not need a prescription to buy carnitine. If you would like to consider the use of this supplement with your pet, please see one of the vets and we would be happy to advise on a nutritional program.

© Copyright 2015 LifeLearn Inc. Used and/or modified with permission under license.